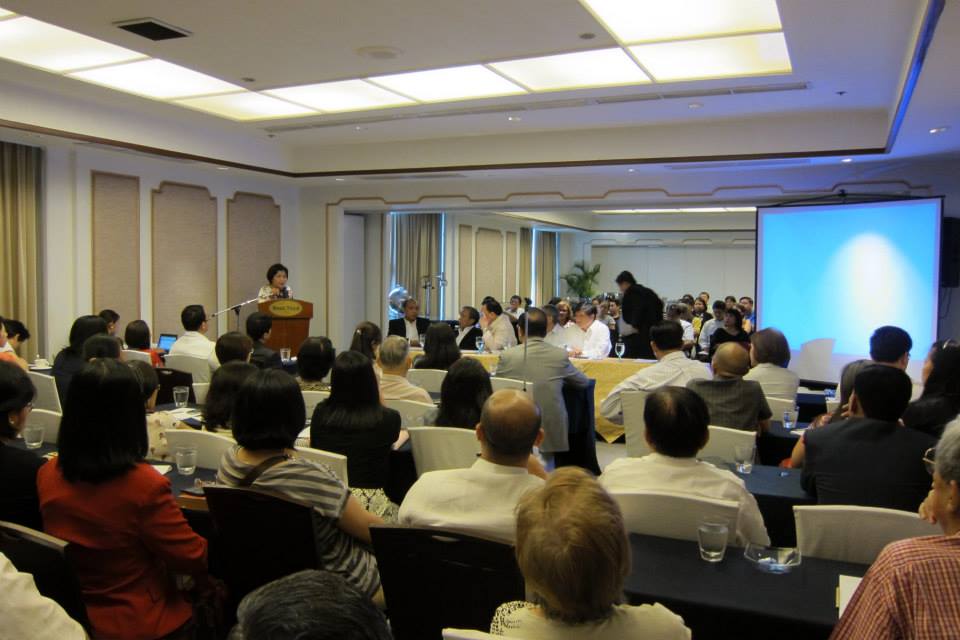 Last year, we did a Digital Marketing campaign for the Export Industry Bank. I was contacted by my High School batchmates from La Salle Green Hills 87 – who were connected to the legal team that also serviced the closed bank.

The goal was to contact enough depositors to pursue a Rehabilitation Plan so that a new entity can bid for the bank and absorb its liabilities. It was a tall order and a challenge that me and the team accepted. The Rehab Plan consisted of the following steps:

When Big Ideas was awarded the campaign, we decided to use Facebook and Twitter as the two main mediums. Part of the challenge was trying to develop “funnels” or criterion to target prospects. These included a lot of trial-and-error and experimentation until we got the right mix. We had to ask ourselves: What was the typical depositor like? Where do they geographically converge? What were their behaviors?

Once we had those on our notes, we had to use specific filters in the social media tools to track them down. These required a lot of optimizations in terms of Google Search/Display and Facebook Targeted Advertising.

Also, part of it was to encourage engagement in the official Social Media Channels of our client so that we can reach out to more people to get them to sign up for the cause. 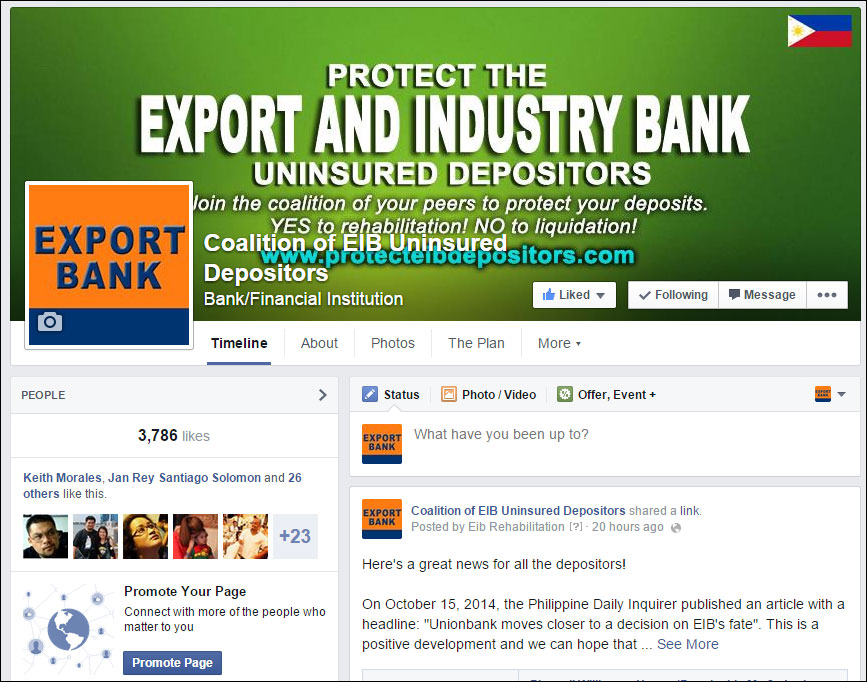 The campaign ran for 3 months and didn’t have a huge budget to begin with. We had to make do with what we had. Team Big Ideas, always ready to accept a challenge, performed beyond expectations with the following results:

Now, we’re glad to say that out of the 4-step plan above, we’ve gone through the 3 steps and Union Bank is currently close to helping out the depositors as per this news article by the PDI.

Union Bank of the Philippines expects to complete within this month its due diligence audit on defunct Export and Industry Bank (EIB), for which it had submitted a proposal to come in as a “white knight.”

Speaking to reporters late Monday during the launch of a P5-billion offering of debt notes qualifying as tier 2 or supplementary capital, Union Bank president Victor Valdepeñas said the bank was considering a “different” model for EIB rehabilitation.

We’re really happy that everything turned out well and that the results of our project is now well on its way to helping out the uninsured depositors. Having been a victim myself when Banco Filipino closed a few ago, I certainly can relate to them.

This goes to prove that Digital isn’t just about marketing but also about helping people. And we’re proud to be a part of that!